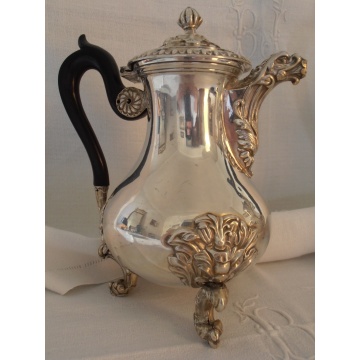 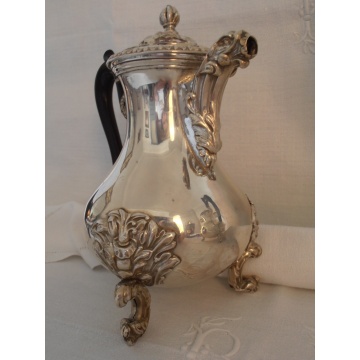 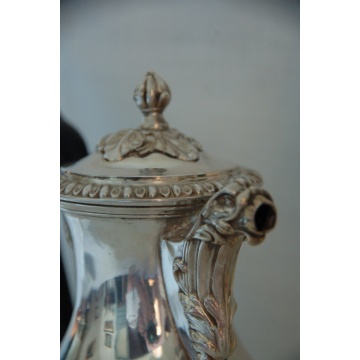 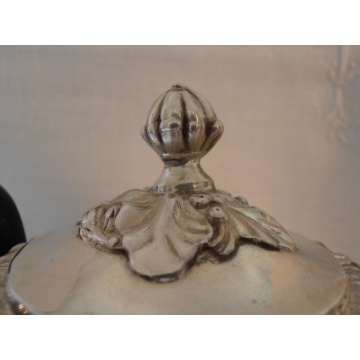 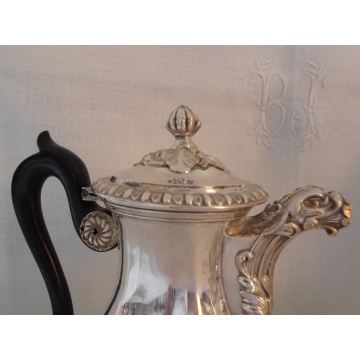 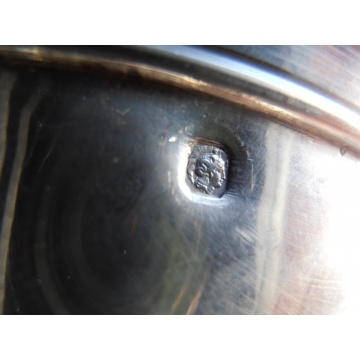 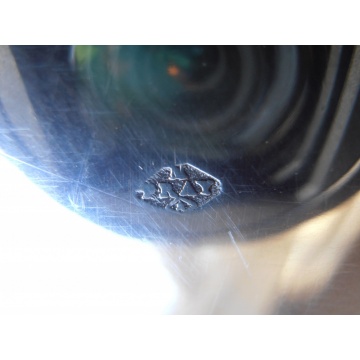 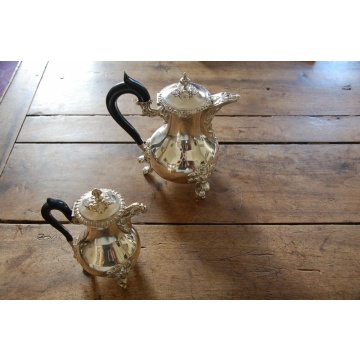 This lovely French Antique Silver Coffee Pot is called ‘Egoïste’ or Selfish in French as it holds roughly 4 Espressos or 2 larger coffees but no more! Hence the connotation of Selfish!
The ‘Restauration’ style takes on a generous style with ample and curvy forms and lots of flowers and foliage details. The pot stand on 3 carved feet, all nicely worked with scrolls and foliage in great details. The spout takes on the aspect of a Chimera head very detailed with again foliage decorating its full length. The Finial, or ‘Frétel’, is in the form of a nut, resting on a crown of acanthus leaves, while the edges of the lid as carved with an acanthus border. The handle is in carved blackened mahogany.
The width indicated above is taken between the handle and the end of the spout. The handle is not removable hence is included in the total weight given. The piece is in overall good condition with only two  small dimples on one side.

There is a possibility of reunion between this lovely little guy and the bigger coffee pot by Martial FRAY that we also showcase-please inquire with us.

The Makers Mark is for Martial FRAY which was in sculpted in 1849. It shows the last name in a lozenge with a Star. The mark was canceled in 1861. His offices were located 22 Rue de Pastourelle in the Marais Part of Paris.