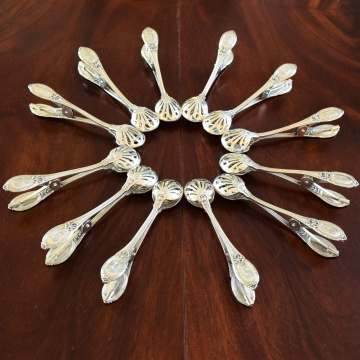 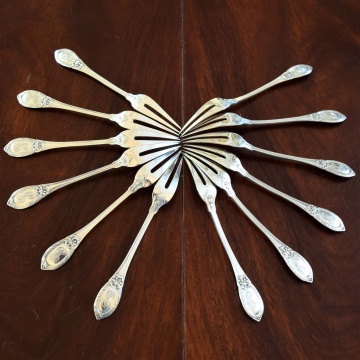 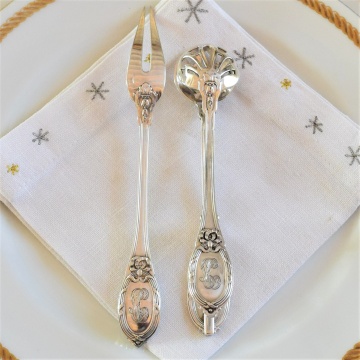 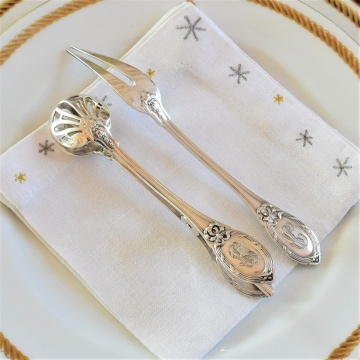 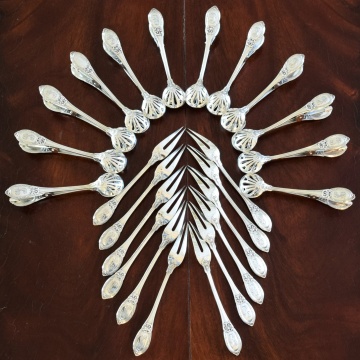 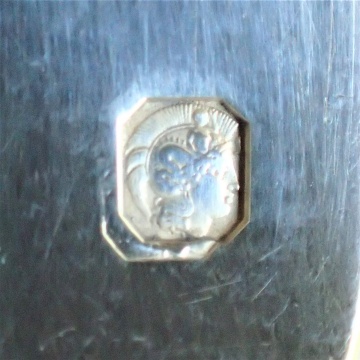 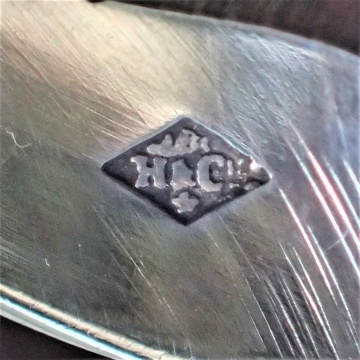 Exceptional Set Of 24 Silver Escargot Tongs and Forks By Hénin

The Tongs Louis XVI model is absolutely gorgeous and very rare! They show a delicate cutout design mirrored on both tongs. The only part not in silver is the little inside clip.
The forks are also done in the simple yet elegant Louis XVI Style with ribboned reed medallion topped by a bow and acanthus leaves.
Each piece sports an LC monogram.
The fork is linked to the handle by a spread of acanthus leaves.
The Louis XVI Style décor makes for a very refined set.

And incredible set very rare to be found in solid silver!

The Hallmark is Minerve 1 -1st title (950/1000) – Hence 1838 to 1919 – Paris
The Maker’s Mark is for HENIN & Compagnie. It shows an H the sign & and a C topped by a branch and a star underneath the letters.
The Mark was registered on May 11th 1875. Their workshop was located at 33 Rue Des Archives in the Marais area of Paris.
Hénin & Compagnie were the successors of Thomas & Hénin which had first started in 1865.
They were followed by Hénin Freres which registered their mark by August 1865 and cancelled it in August 1872.
Hénin Freres were followed by Hénin & Fils who gave way to Hénin & Compagnie in 1875.
Henin & Compagnie were in turn followed by Hénin & Vivier in 1891.
In 1933 the dynasty became the House of Hénin.