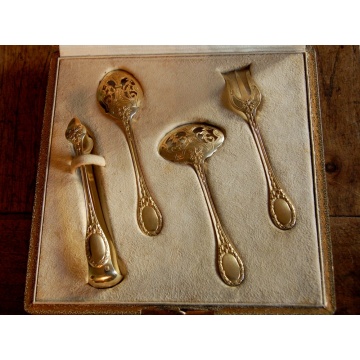 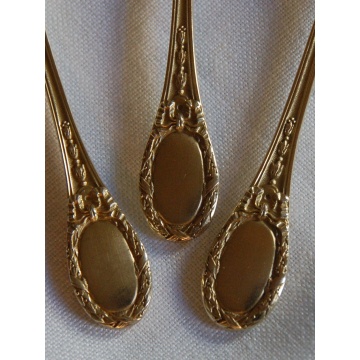 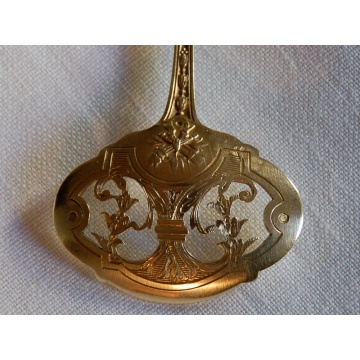 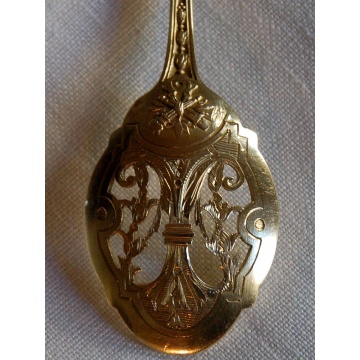 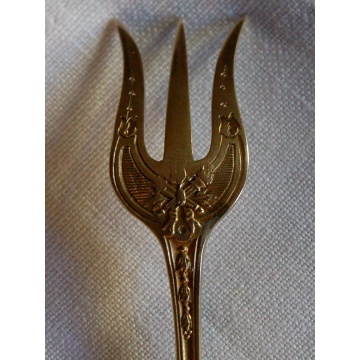 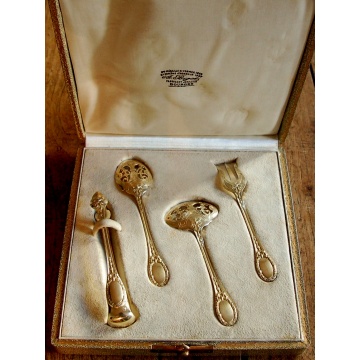 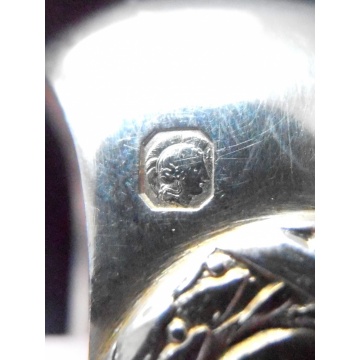 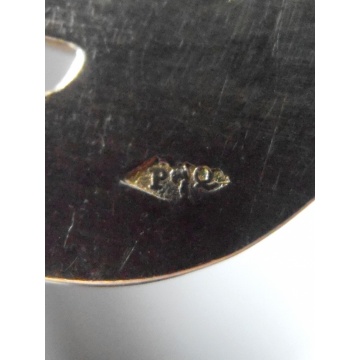 Though called a Bonbons Service Set, these pieces were more considered as dessert service sets and could come with several different implements.
This complete set is in its original box, which is in excellent condition.

The pieces are etched in the Directory style with a beautiful design on the handles showcasing a laurel leaf wreath and a tiny Tulip chute.
The Upper part of the handle is decorated in a design often found on Directory pieces: showing a ‘Faisceau de Licteur’ or ‘Consuls Fasces’ and a Torch tied by a ribbon.

The loveliest part is the work on the spoons and forks bodies which are carved out with Tulip Chutes and floral scrolls.

All pieces are in great state! The ‘Vermeil’ is intact.

The Makers Mark is for Pierre François QUEILLE. His mark was registered on October 23rd 1834. The Makers Mark showed a P and a Q separated by an Antique Oar.
He started a dynasty of Master Silversmiths in 1834 and stayed in business from 1834, to the 27th of November 1846 (Date his mark was cancelled) ,
Pierre François QUEILLE had his worshop at 70 Rue du Faubourg Montmartre in Paris’.