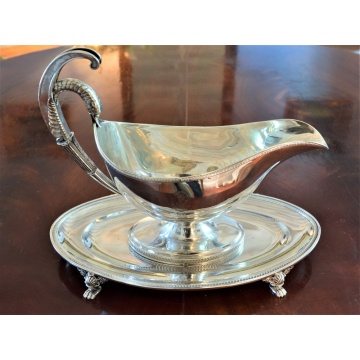 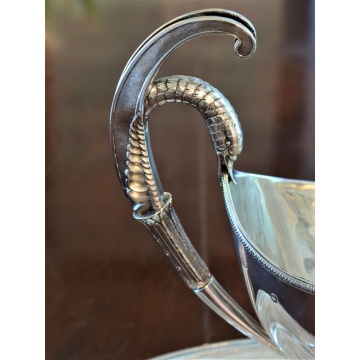 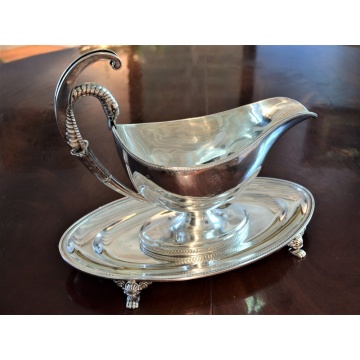 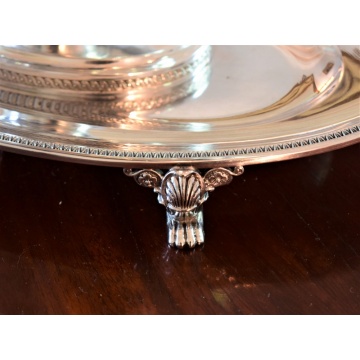 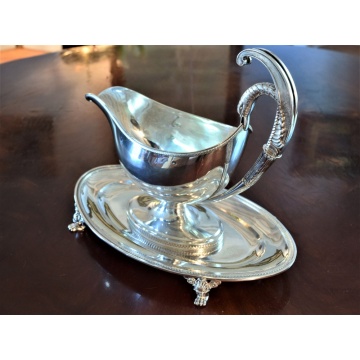 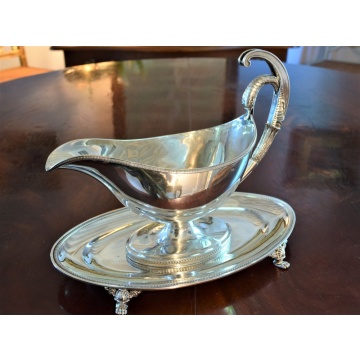 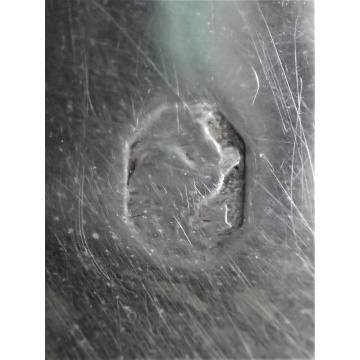 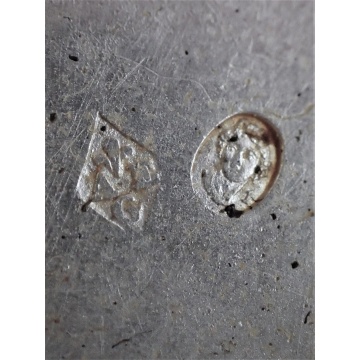 The Beautiful piece has its matching removable oval under tray slightly dipped in the middle, and accented by the same laurel leaf motifs that grace the sides of the main dish.
The tray rests on four beautifully carved lions’ paws.
The Dish itself rests on a raised oval pedestal also lined by a geometric wreath.
The Delightful Handle is represented by a solid Silver Swans’ Neck and Outstretched Wings rising up from a column of Papyrus.
It is exquisitely representative of the Empire Style in its most elegant expression!

The piece is perfect in its balance and style.
It sits beautifully on a table, perfect to serve your favorite sauces!
The sauce boat and the presentation dish both show an LM monogram.

The Makers Mark is for Abel Etienne GIROUX who registered his mark in 1798 and cancelled in in 1815.
His mark shows an A E G topped by a plume.
The Second Makers Mark present on the dish is that of Louis LEGAY.
His mark shows 2 L’s topped by a plume
LEGAY and GIROUX joined forces in 1811 and worked in the same workshop, 79 quai de l’Horloge.
Hence this beautiful piece was probably started by Giroux and continued when Giroux partnered up with Legay.