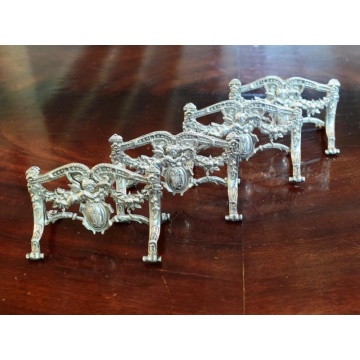 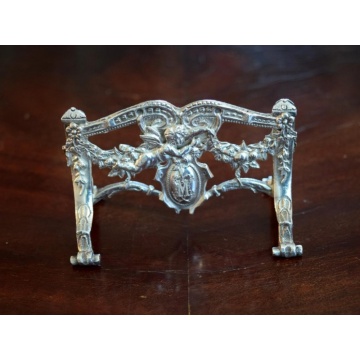 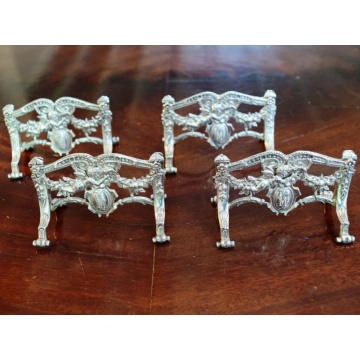 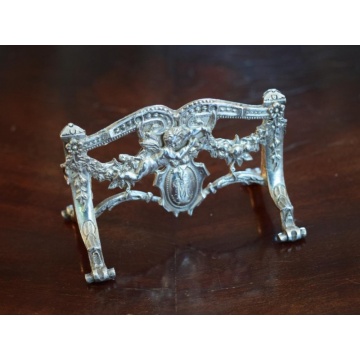 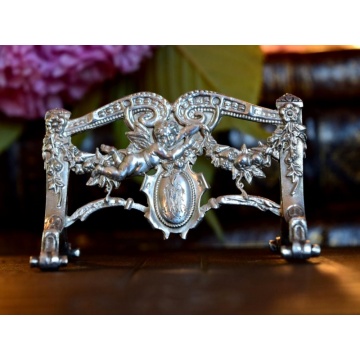 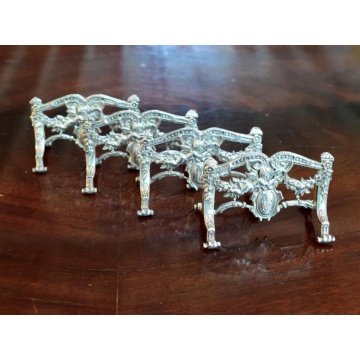 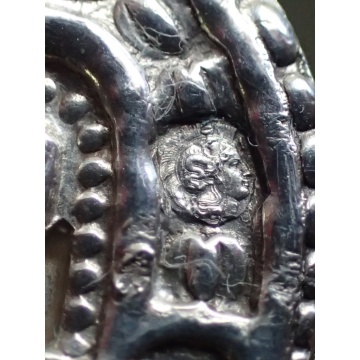 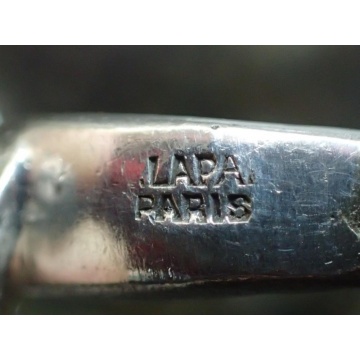 These four Menus holders show a charming Cherub flying over a centre medallion while holding a garland of fruits and flowers.
The Medallion holds an EMG Monogram.
They menus holders rest on four little geometric scrolls which double up as stands.
Made entirely out of silver they have slots in the back which allows sliding the menus.

These lovely menu holders will be perfect for a final touch on a formal dinner or during the holiday season.

The Makers Mark is for Léon LAPAR who registered his mark in 1878 and cancelled it in 1897.
It shows the name of the Maître Orfèvre.
His workshops were located 16 then 25 Rue de Choiseul in Paris.
Lapar was well known for his very detailed work and intricate motifs.