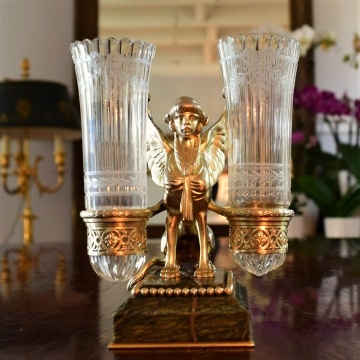 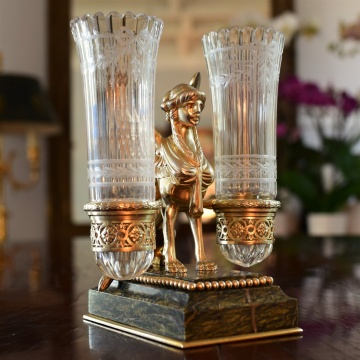 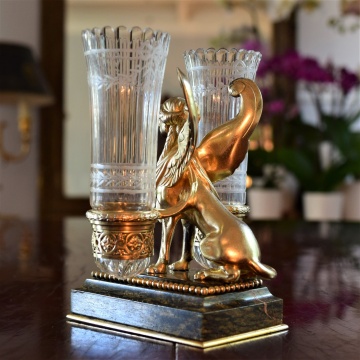 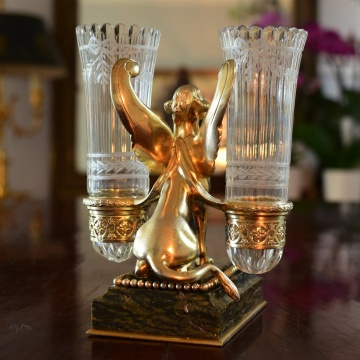 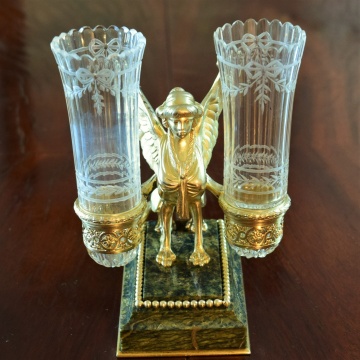 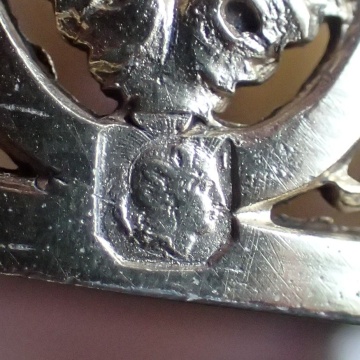 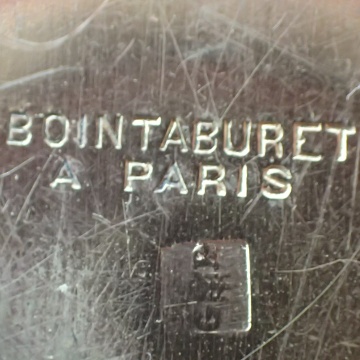 An absolutely Exquisite Vermeil Empire Style bouquet holder by Bointaburet representing a sphinx with spread wings, resting on a veined marble base.

The marble base is probably Campan green (there is the presence of a vein) girdled with a frieze of gilt silver pearls, the whole resting on a gilt bronze base.
The vermeil mounts of the bouquet holders are decorated with laurel friezes and pierced with interlacing and fleurons in a style typical of Bointaburet’s art.
The original crystal bouquet holders are intact, which is a small miracle, and decorated with branches hanging from ribbon bows in the intaglio style.
The piece is simply stunning in its delicacy.

The Empire style takes after the French First Empire fashion of using Mythological and particualry Egyptian related items and depictions, following Napoleon’s Egypt campaign.
This piece was done during the 2nd French Empire, but BoinTaburet often created pieces that harked back to the original 1st Empire style.

The Makers Mark is for ‘Maîtres Orfèvres’ BOIN-TABURET .
Boin-Taburet was created by the joining in 1860 of two ‘Maître Orfèvre’: Emile TABURET and his son in law, Georges BOIN who prior to this had already attained quite a fame as a Antique Dealer. The House of Boin Taburet acquired a large following and specialized in ‘Pieces De Table” or larger decorating pieces for the table.
They took part with much success in the 1889 ‘Exposition Universelle’ in Paris.