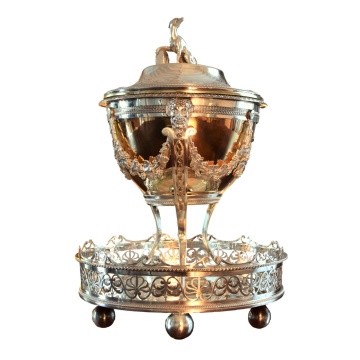 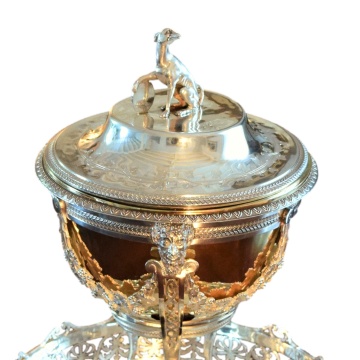 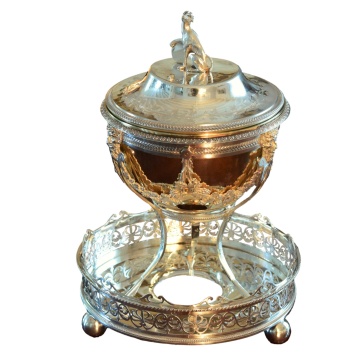 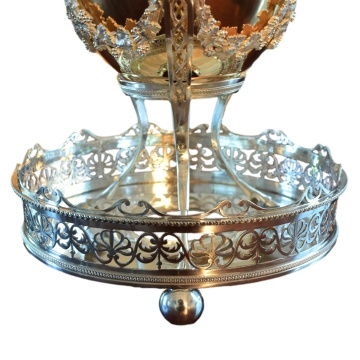 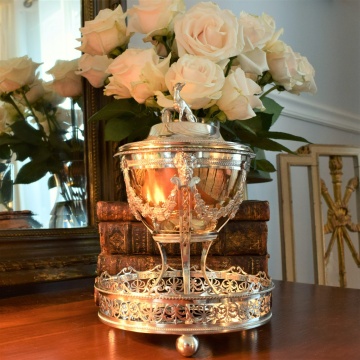 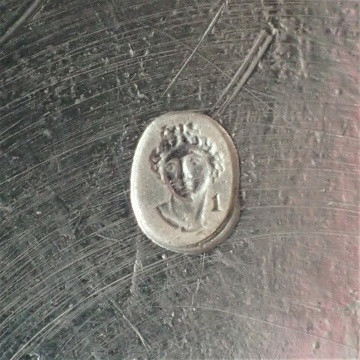 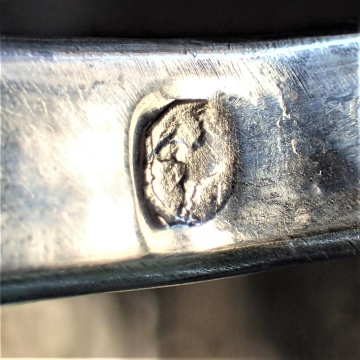 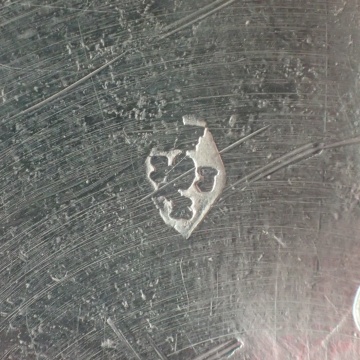 In France we call them ‘Drageoir’ or ‘Confiturier’ – But the only official name is a ‘Confiturier’ (Hence a Jam container), and it turns out that originally they were only thought of and used as Ceremonial Sugar Bowls.
This Stunning piece is decorated in the Louis XVI Style.
The Drageoir features a vine garland with three heads of Bacchus the roman God of Wine Agriculture and Fertility, surrounding the main part of the ‘Drageoir’. In Greek Mythology he was known as Dionysus and was known as the God of Fertility first, then later of Pleasure, Mirth and Wine …
This gorgeous ‘Drageoirs’ feature a tripod shape ending in ram’s hooves and resting on a round pedestal with a lovely cut-out gallery surrounding it.
The lid is superb! Standing proudly is a charming Greyhound holding a medallion, waiting for initials, it is also engraved with a beautiful vine garland.
The solid silver liner is removable and gilded.
The piece is just breathtaking…
An exceptional find, just beautiful!
The lid shows a monogram with BG.
It is truly a collectors piece!