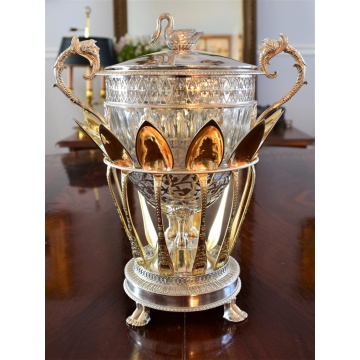 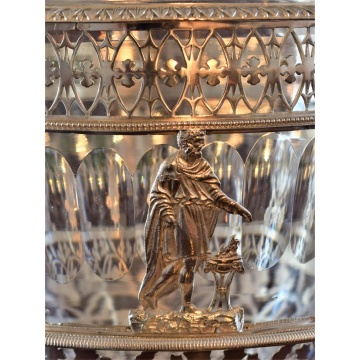 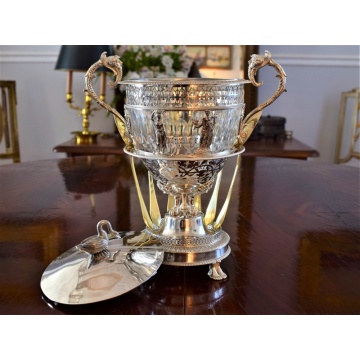 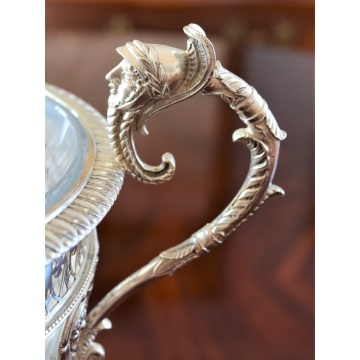 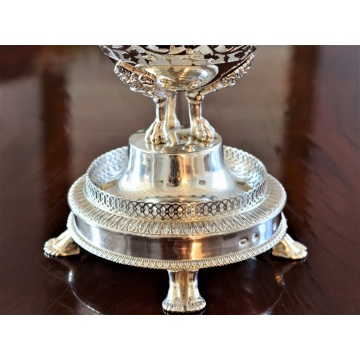 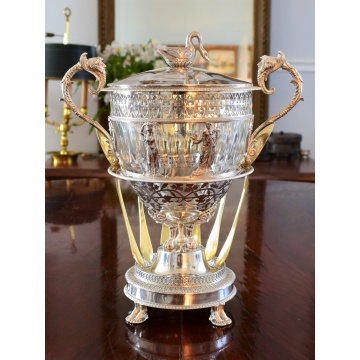 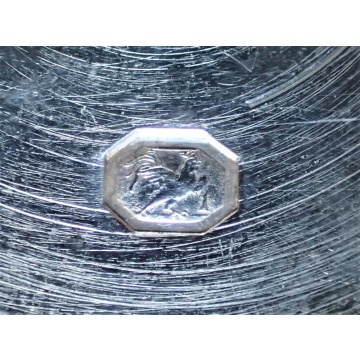 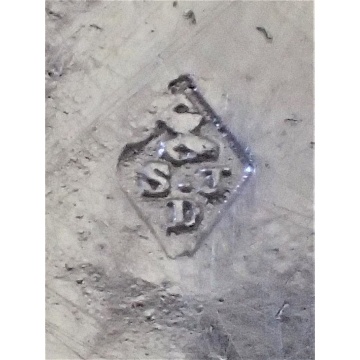 In France we call them ‘Drageoir’ or ‘Confiturier’, but the only official name is a ‘Confiturier’ (Hence a Jam container), and it is widely thought that, originally, they were only used as Ceremonial Sugar Bowls.
The Details on this piece are lovely!

The Scenes represented are taken from the Greek Mythology and symbolize the 4 Seasons.
The upper register on the main body shows 4 designs each symbolizing one of the Seasons, from Autumn to Summer.
The Side Registers are decorated with Rosettes and floral scrolls, while the lower register of the main vessel is decorated with Vine leaves. And held aloft from the depedstal by Lions paws topped by Cornucopias.
The very upper register is delicately carved with a geometrical lace wreath.
The round pedestal rests on four charming pair of feet’s! The feet probably hark back to Hermes, who is the messenger of the Gods.
The symbol was widely used by Dupezard in his creations.
The round pedestal is decorated with geometric designs and with laurel leaves.
The handles are gorgeous with the head of Hermes at the very top.
The finial shows a swan resting in a nest.
The bowl insert is white crystal with ‘facets’, it is original and in perfect condition.
The Particularity of these pieces, is that the Maître Orfèvre who did the main object, did not create the spoons…The spoons were always ordered from a Maître Cuilleriste who specialized in spoons..
In our case the Spoons are by Maitre Orfèvre ‘Cuilleriste’ (spoon maker) Charles Salomon Mahler. They show lovely floral scrolls and rosettes to match the side design, but also typical of the Confiturier, the spoons are only decorated on one side.
An absolutely lovely piece! Rare to find as DUPEZARD was definitely not as prolific in Drageoir’s, as Denis Garreau would later be.

The Makers Mark is for SJ Dupézard and shows an SJD.
SJ Dupézard registered his mark in 1809 and cancelled it in 1822.
He held shop in Paris, 32 rue de la Bucherie.