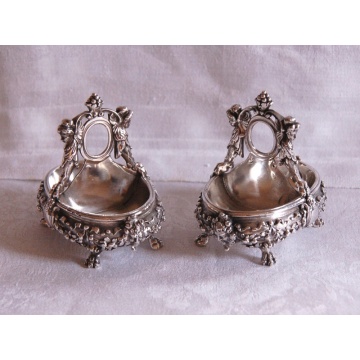 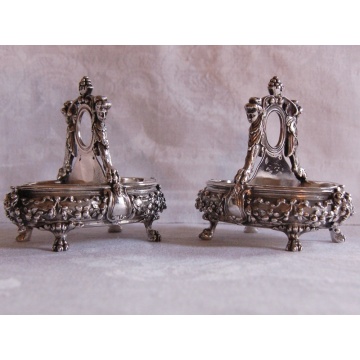 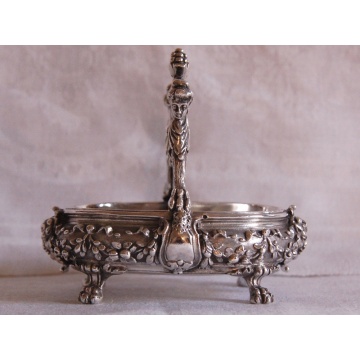 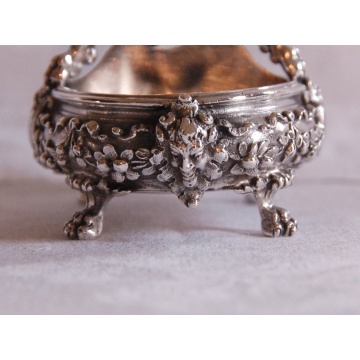 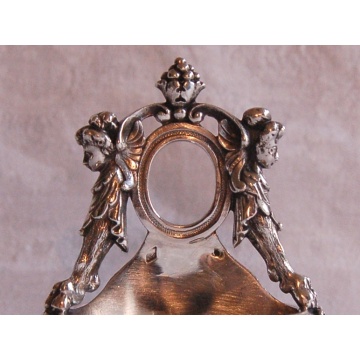 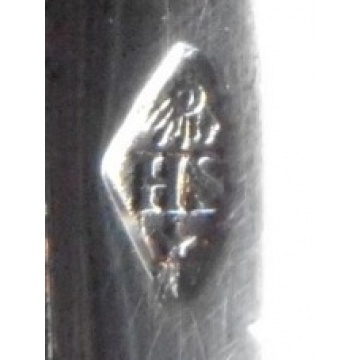 A Gorgeous Pair of Antique French Silver Salt And Pepper Cellars by Maitre Orfèvre Henri SOUFFLOT.
Though produced in the later part of the 1800s, they take after the Louis XIV style which was heavily, yet beautifully ornamented.

The gorgeous pair of dual Salt and Pepper cellars, are oval and rest on 4 feets designed as lions paws,
Typical of the Louis XIV style the main body of the cellars is lusciously decorated with fruits and flowers in high relief as well as ribbons, but more particularly with two grinning Mascarons or ‘Faun’ on each end of the cellars.
The cellars are separated in the middle by a raised silver panel topped by a fruit bowl and flanked on ech side by feminine figures or caryatides.

One side of the partition would have been used for salt, the other for pepper.

Both pieces are in perfect condition! No losses to the silver and no marks!The silver weight on both is quite impressive.
All in all an absolutely gorgeous pair!

The Makers Mark is for ‘Maître Orfèvre’ Henri SOUFFLOT and shows an H and S topped by a rising sun with a star below
His Mark was registered in April 1884 and cancelled in 1910.
He held shop at 84 Rue de Turbigo in Paris.