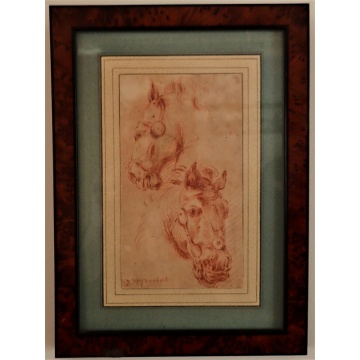 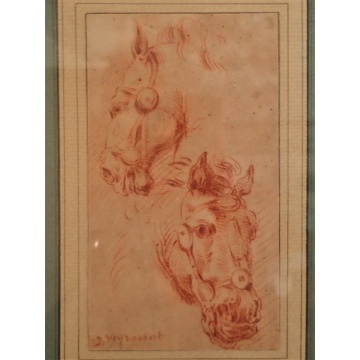 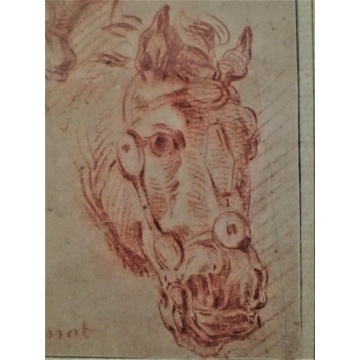 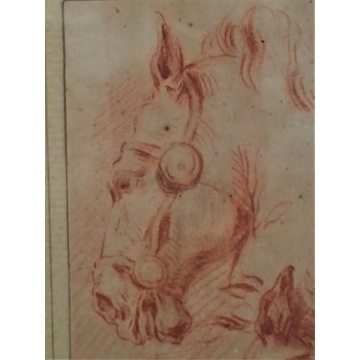 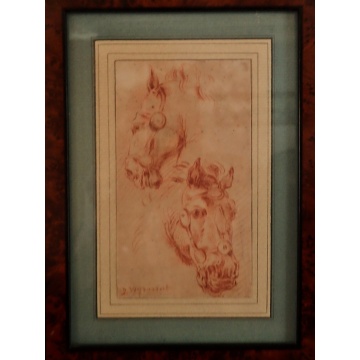 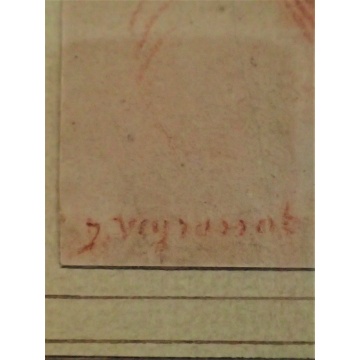 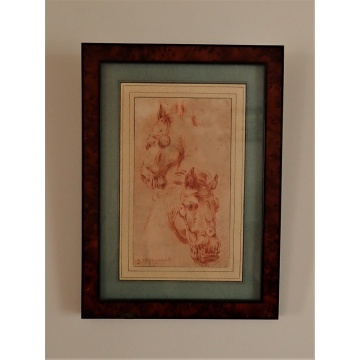 A wonderful preparatory work by an artist that produced many a painting featuring rural life.
The two horse’s heads come alive through incredibly talented strokes of red chalk.
The eyes are sparkling and the movement incredibly lifelike.

Very often associated with the Barbizon School, Jules Jacques VEYRASSAT was born in July 1828 in Paris.
At a young age he went to study in Henri LEHMANN’s studio and by 1848, at 20 years of age, was already exhibiting at the Salon des Artistes in Paris, proof if there is of his talent…
Veyrassat soon had a huge following for his paintings and quickly decided to capitalize on it by starting to engrave a few of his pieces.
By 1866 his engravings had already racked up several medals. He collaborated with Philip Gilbert Hamerton and Karl Bodmer in writing their books ‘Chapters on Animals’ and ‘Etchings and Etchers’.
In 1872 he won a medal for his body of paintings and drawings and by 1878 was made a member of the Legion Of Honor.
His work mostly took after the ‘Realistic’ register and based his work on rural life in France. Many of his paintings touched on the observation of horses and riders as well as their participation in agriculture.
He never left France, but his reputation travelled to the rest of Europe and the United States even during his lifetime.
His work is exposed in many Museums, including at the Metropolitan in New York and the National Gallery Of Art in Washington DC.
He passed away in July 1893, and is buried in the Pere Lachaise cemetery in Paris.

This beautiful study which is very simply framed to not deter from the subject was part of one of the 20th century most curated collection, that of Jacques Malatier, which was dispersed recently in Paris.
The drawing is signed on the left-hand side.