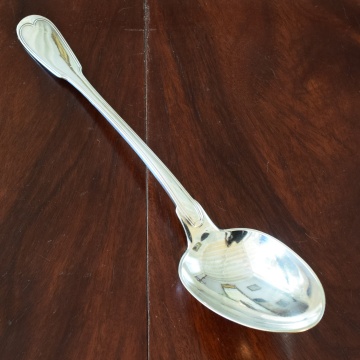 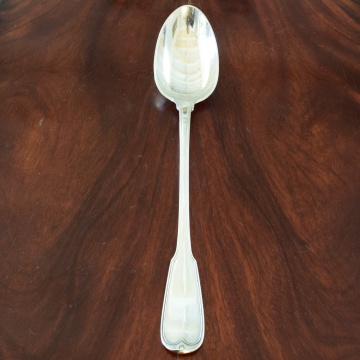 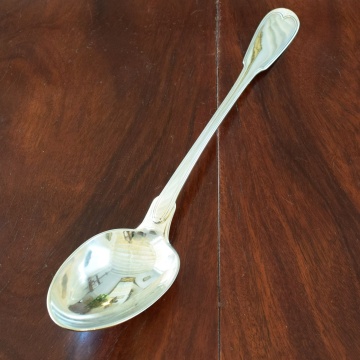 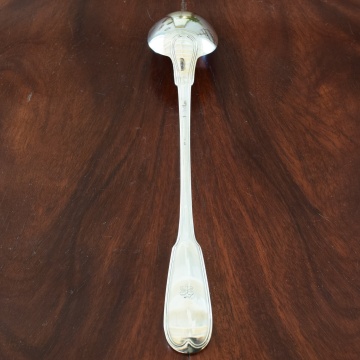 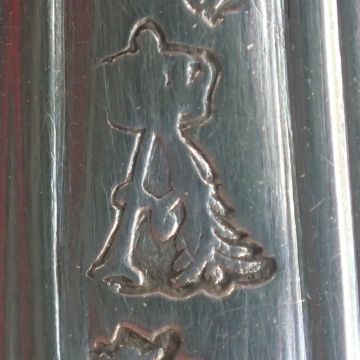 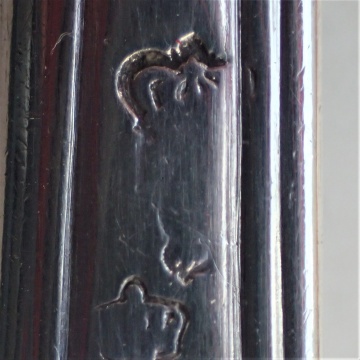 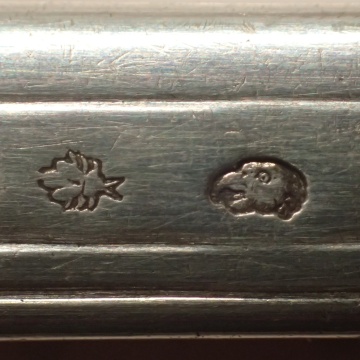 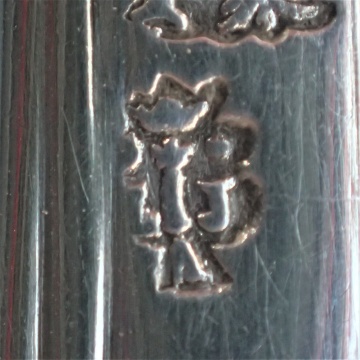 The sheer size of the piece is exceptional!
Used to serve Ragouts (stews) or Oille as they were then called the Spoon complimented the ‘Pot A Oille’ that was one of the grander pieces of silver in a wealthy family possessed.

Our piece is just beautiful, simple in design yet perfectly balanced and heavy in the hand.
It is simply lined along its length in what is called a ‘Modèle au Filet’.

The piece is in great condition.
It is just a perfect design, typical in its simplicity and purity of lines of the mid 18th century.
The piece show a small crest on the back.

Photo # 7: Shows the head of an eagle used Discharge Mark used in 1786 as well as another Mark showing and winged insect which is a countermark used until 1789.
Hence the piece was started around 1786 and finished by early 1789.

Photo # 8: Shows the Makers Mark for Louis Julien ANTHIAUME who registered his mark in Paris on September 6th 1779.
His Mark shows his initials topped by a crowned Fleur de Lys, with a Royal Wand underneath.
He was the son of Jacques Anthiaume who taught him his skills.