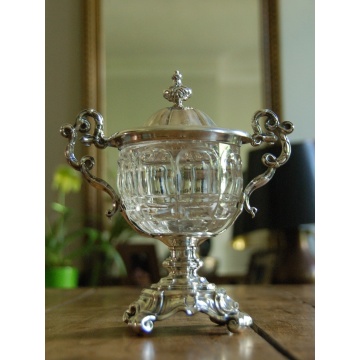 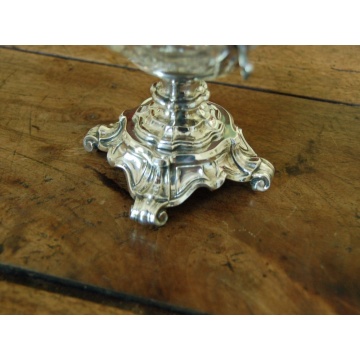 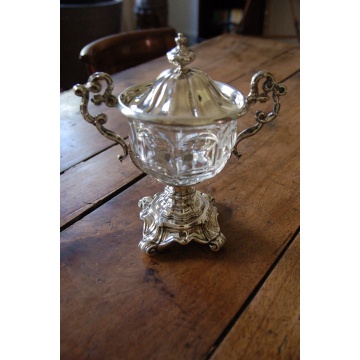 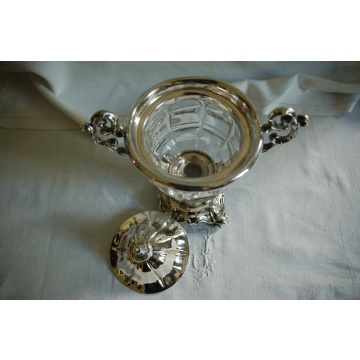 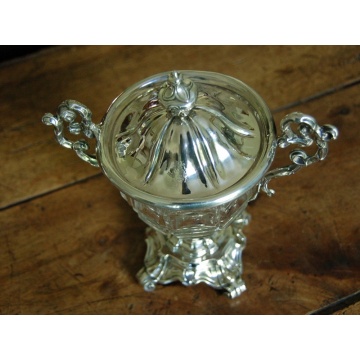 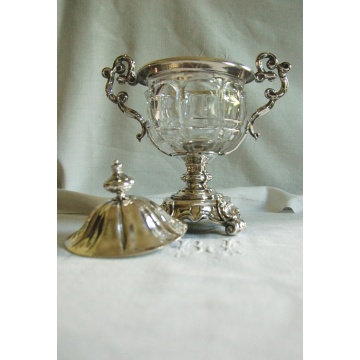 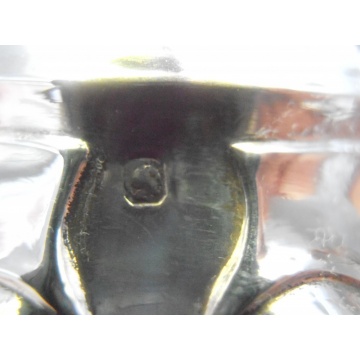 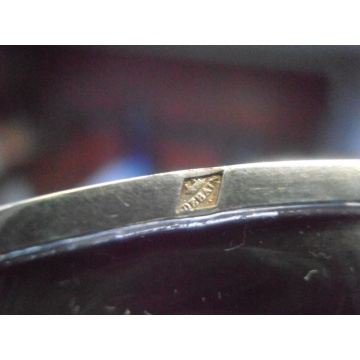 A lovely and intricate French Antique Silver and Crystal Drageoir by Alphonse DEBAIN.

This piece is by ‘Maitre Orfèvre’ Alphonse DEBAIN in Paris, from whom we already showcased the famous Asparagus Tongs. Contrary to many of these piece, here the Crystal urn is completely apparent and elegantly wheel cut into ‘facettes’. The other particularity is that the silver handles and rim are removable in order to facilitate the cleaning and up keeping of the piece. This also enables us to give you the exact silver weight. The body is Baluster shaped and rests on a solid silver pedestal carved in volutes and scrolls.
The Handles are made of a delicate twirl imitating a twisting twig. The cover is dome shaped with ridges and with a crest of arms engraved. The finial is flower shaped.
The width given above is taken at the handles- The depth given is that of the crystal insert