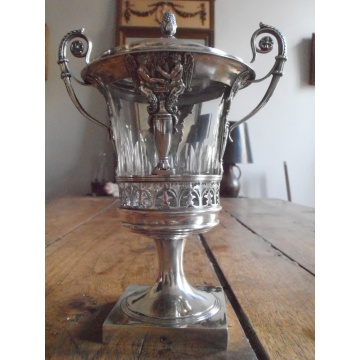 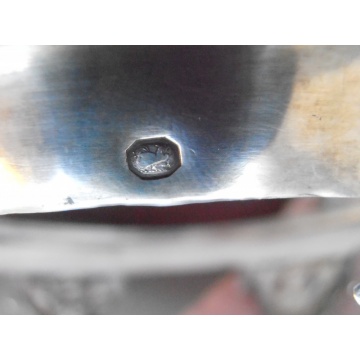 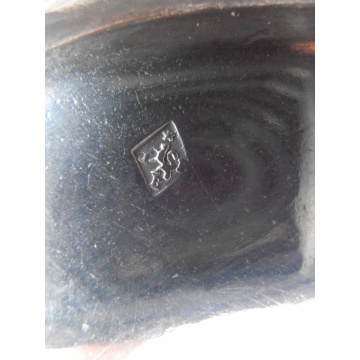 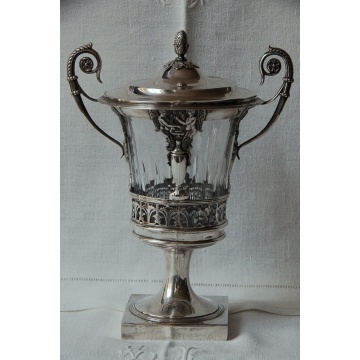 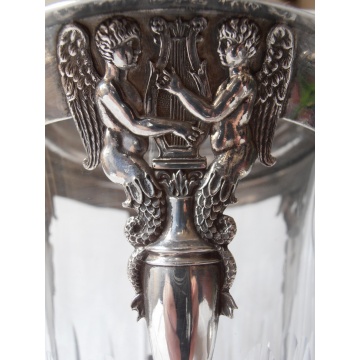 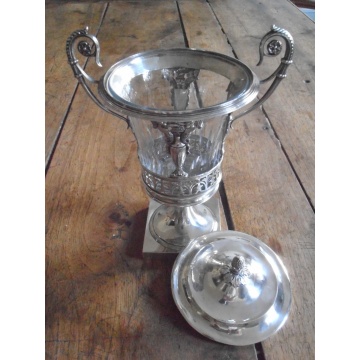 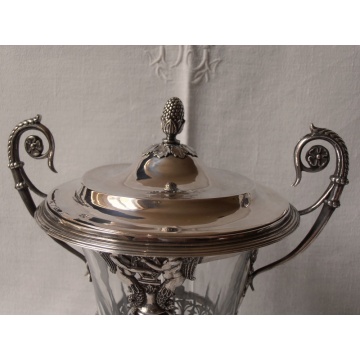 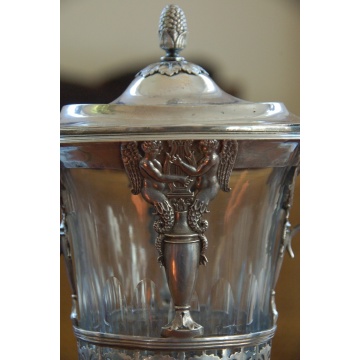 In France we call them ‘Drageoir’ or ‘Confiturier’ – But it the only official name is a ‘Confiturier’ (Hence a Jam container), and it turns out that originally, they were only thought of and used as Ceremonial Sugar Bowls.
This Beautiful French Antique Silver and Crystal  ‘Drageoir’ is by ‘Maitre Orfèvre’ Jean Pierre BIBRON in Paris, known for his work particularly tasteful and elegant, with very clean lines.

The body has 4 figural ‘Tableaux’ showing ‘mermaid like’ Cupids playing the Lyra – the Handles are decorated with palm designs and rosettes and the lower fringe of the piece shows papyruses and palms. The Frétel (or Finial) is in the form of a pine nut and has acanthus leaves surrounding it.
The bowl insert is white crystal with facettes. It is original and in perfect condition.
The Width given above is taken at the handles. The depth given above  is that of the insert.

Jean Pierre BIBRON’s Makers Mark shows ‘A Rampant Lion with a Star over the Lion’.
He was received Master in Paris in 1798.
He resided on the gorgeous ‘Ile de La Cité’ in Paris, 3 Rue de Harlay.