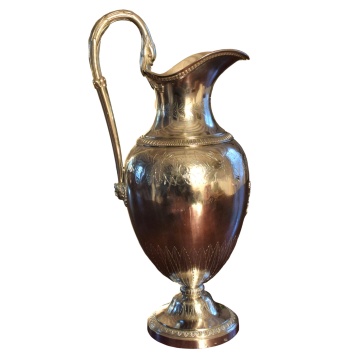 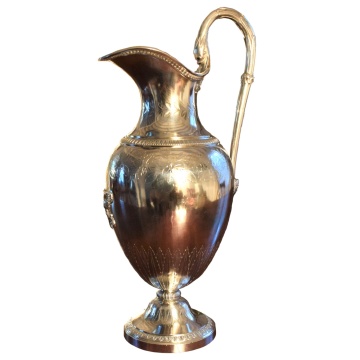 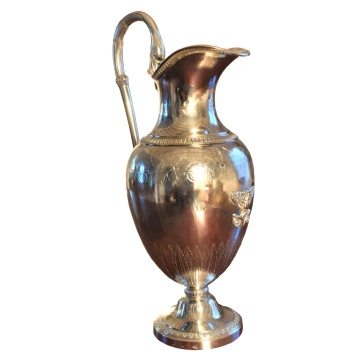 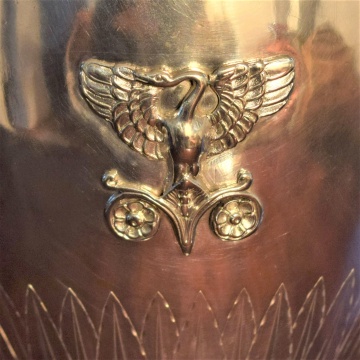 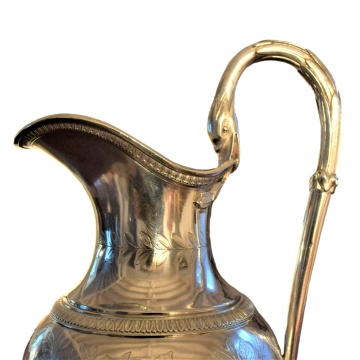 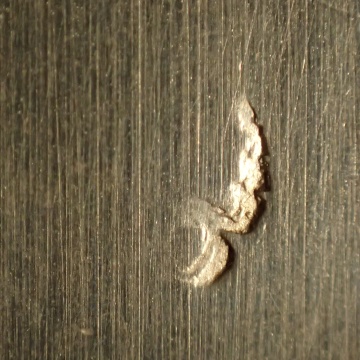 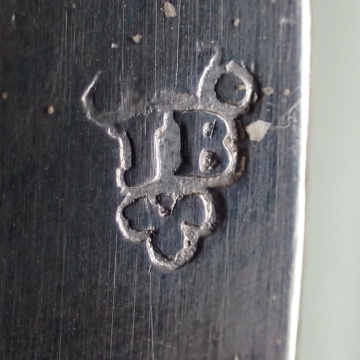 This lovely piece is decorated with friezes of palmettos and water leaves.
Reminder of the palmettos are chiseled on the foot and base of the body, while frieze of delicate flowers decorate the upper part of the ewer.
A Swan with spread wings resting on a stand supported by two rosette has been added to the middle of the ewer, probably at a later time, as we have a discharge Mark dating to a post revolutionary Mark added on the piece.

The Handle, in the shape of a swan’s head, is particularly lovely, with its base attached to the ewer’s body by a beautiful ‘mascaron’!

This piece is a pre revolutionary production, pre dating 1789.

The Makers Mark (Photo # 8) is that of the Master Abonné Philipe Jean Marie BATAILLE otherwise known as Bataille-Leclerc who registered his Mark in Orléans in 1786.
The Mark shows the initials ” JB ” under a crowned on a lily heart.