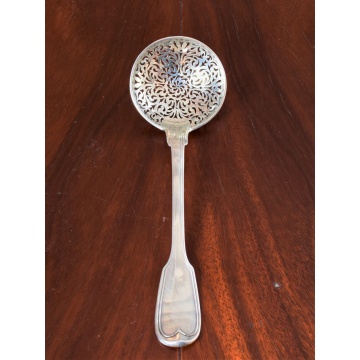 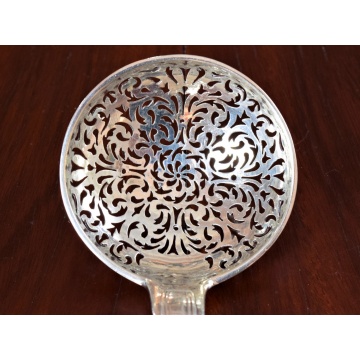 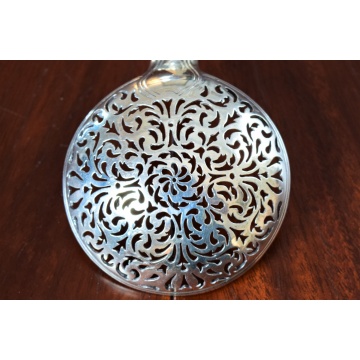 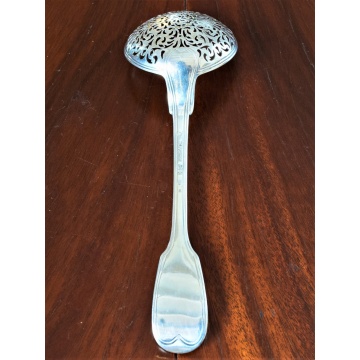 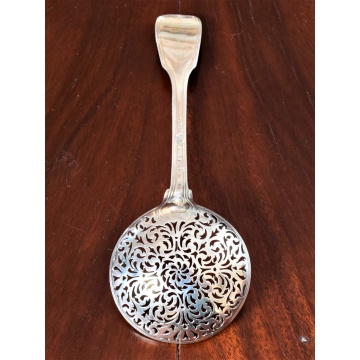 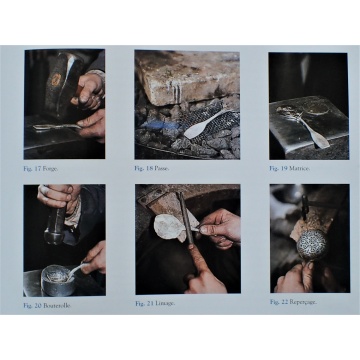 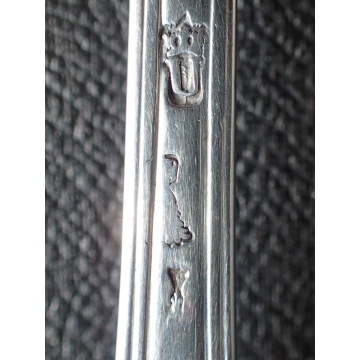 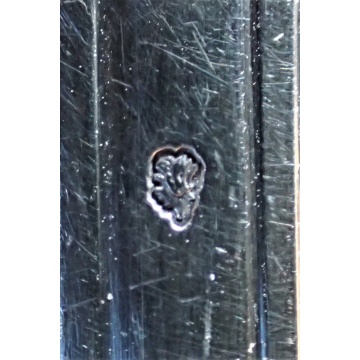 The bowl of the spoon is in beautiful ‘repercé’ motif showing a Rose Window cut out.
The handle is simply double lined and very heavy.
The Bowl is beautifully worked in the Paris Type IV style of Sugar Spoons as referenced in the wonderful book by Bilgi Kenber and François Baudequin: ‘Les Cuillers à Sucre dans l’Orfèvrerie Française du XVIII siècle’
It is an incredible study of the subject with all designs created and the process of the creations which was incredible. I am adding a photograph of the different stages of creation. It is the 6ths photo.
The instruments used for removing and carving the silver were incredibly delicate and pieces of art on their own…

The work is extremely refined and the piece is in very good condition.
It is just a perfect design. Typical of the early to mid 18th century.
Lovely to use to sprinkle sugar over fresh strawberries per example!

The Hallmark is Fermiers Généraux for Paris 1783-1784 under Henry Clavel with the crowned U used from July 12th 1783 until July 16th 1784 shown on Photo number 7.
On the same photo you can glimpse the Crowned A of the Charge Mark for Clavel starting August 31st 1782, and the start of the Makers Mark. Of the latter only the Crowned ‘Fleur de Lys’ is visible but the model is very close to one often used by Louis Constant de la Boissiere, who registered in Paris in December 1759 and was last recorded in 1784.

Photo number 8 you will see the Discharge Mark showing for small Silver objects from August 1782 to March 6th 1786,which is the Head of a Peasant woman facing left.