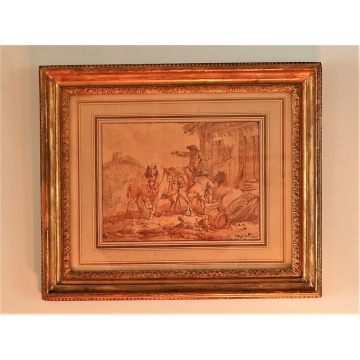 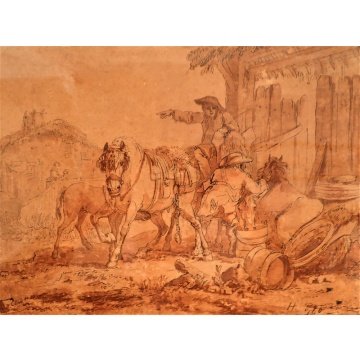 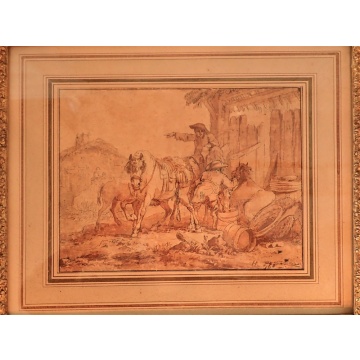 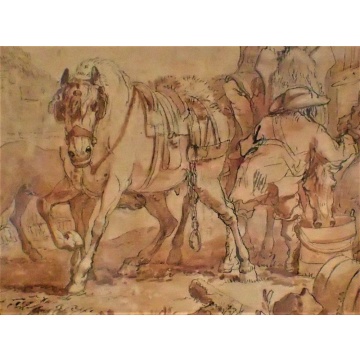 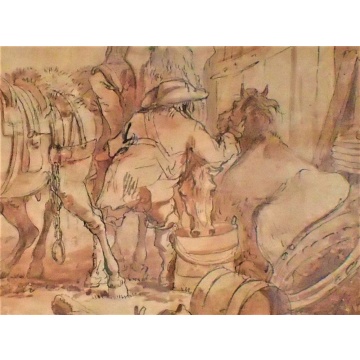 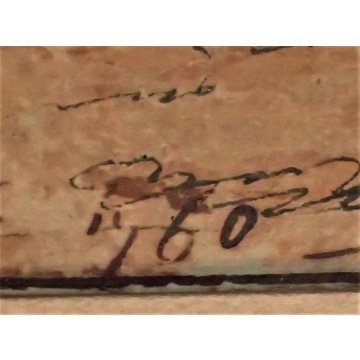 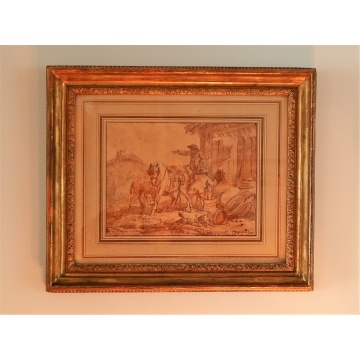 A Lovely 18th Century black and brown Ink with brown wash drawing of Les Maquignons or The Horse Dealers.

Dated 1760 this drawing depicts two men dressed in 18th century garb, tending to horses, while resting in a village.
The focus is on the central horse, which is beautifully depicted ink strokes.

The Drawing was attributed to Jean Baptiste LE PAON.

Jean Baptiste le Paon also known as Louis le Paon was born in Paris on March 15th 1738.
Le Paon lived in Paris until his father acquired a Domain near Soissons.
The young men started painting with his uncle, himself a well known painter, before making his way to Italy where he studied under Francesco Casanova a Venetian painter famous for his horses and battle scenes.

Le Paon was briefly enrolled in the cavalry, before giving up the army to consecrate his time to painting until his death in Paris in 1784.
One of his painting hangs today in the National Gallery of Art in Washington DC, while another graces the Walters Art Museum’s collection.
Le Paon is also famous for his letter to Benjamin Franklin written on February 24th 1782, where he requested the honor of serving the American Congress as an official painter of the different Independence Battles won by the young State.