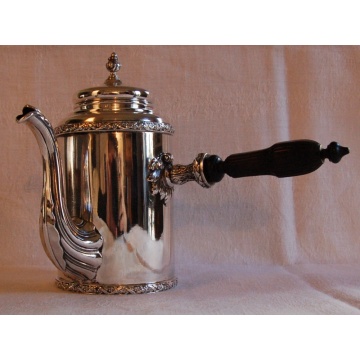 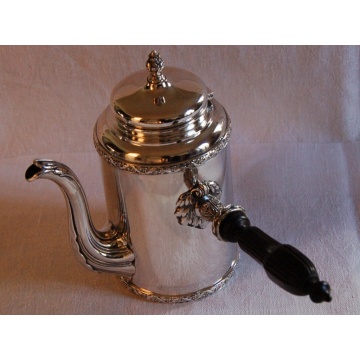 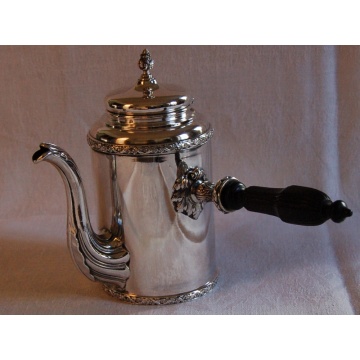 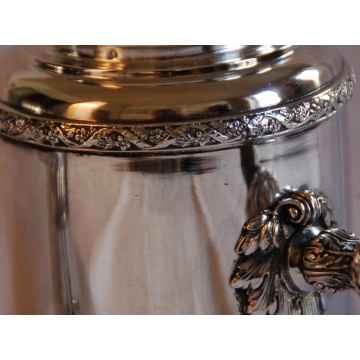 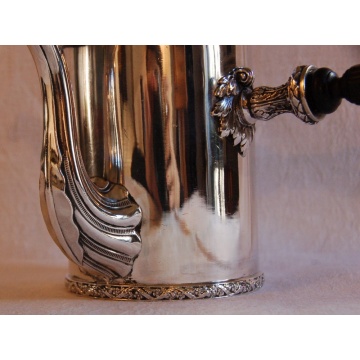 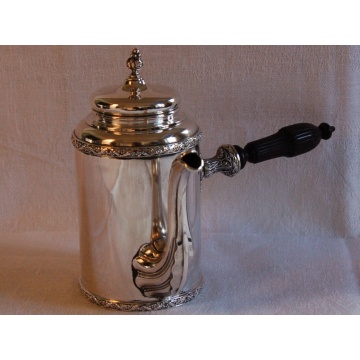 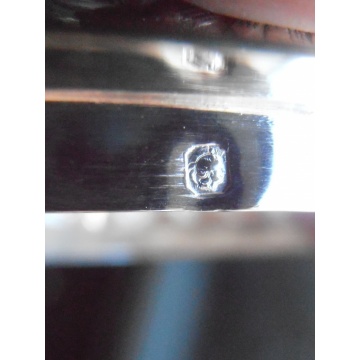 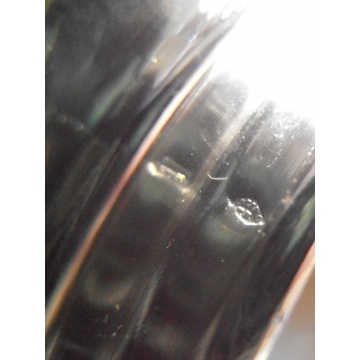 This coffee pot is called ‘Egoïste’ in French as it holds roughly 4 Espressos or 2 larger coffees but no more! Hence the connotation of Selfish!
It is really adorable and the work on it is lovely!

The handle is in Ebony (and is removable), and the pot has a tapered form, called in French ‘Troconique’ resting on a round base.
The body is worked with an upper and lower fringe of entwined flowers and ribbons.
The Handles is linked to the pot’s body by a beautifully carved acanthus base and knob, while the spout is lined with an acanthus leaf.

The round domed shaped lid is toped with a flower finial.

The Makers Mark is for Henri LANOS which was registered on May 19th 1864.
His offices were located 5 Rue de Montmorency in Paris.