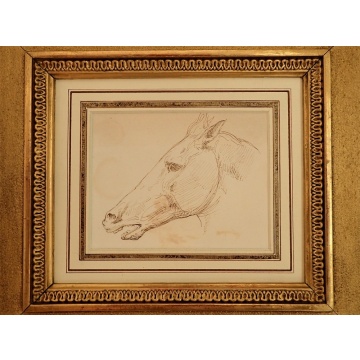 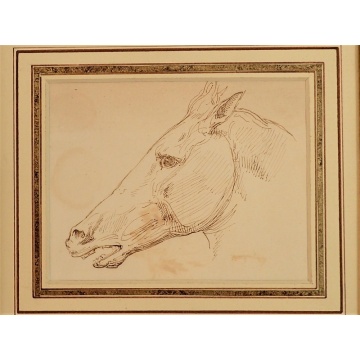 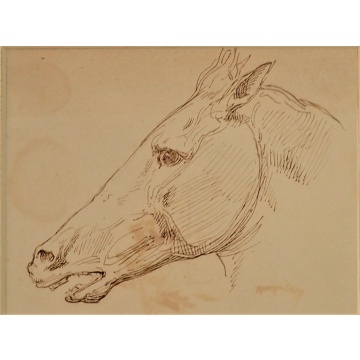 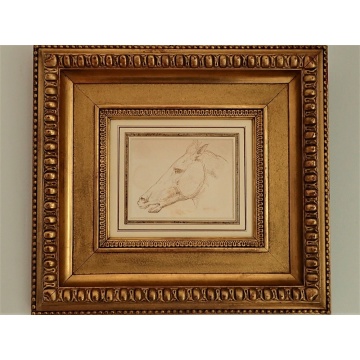 Lovely Ink Study Of A Horse’s Head By Léon Cogniet

Here again we can see Cogniet’s beautiful rendition of a Horse’s head, done with just a few strokes of ink.
As noted in the previous one we are inclined to see this drawing, as a Study for his painting titled: L’Enlèvement de Rebecca’, or ‘The Abduction Of Rebecca’ which he completed in 1828 and exhibited at the Salon in Paris in 1831.

This gorgeous drawing was purchased from the Cabinet De Bayser, in Paris in April 2019.
The Cabinet de Bayser is the leading authority in France for old Master’s drawings.
This lovely can be purchased to make a Pair with the previous drawing.