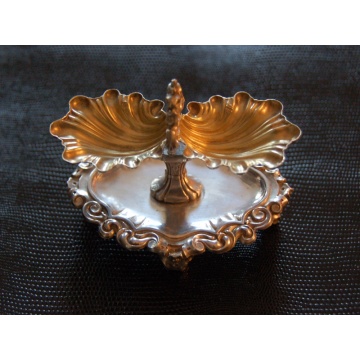 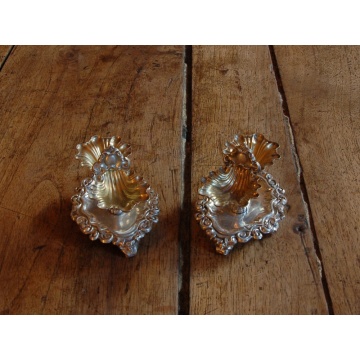 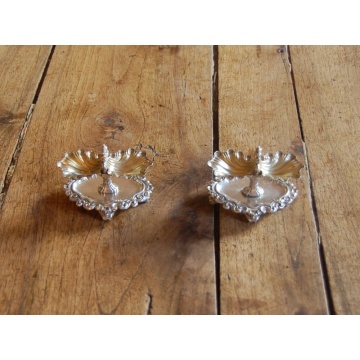 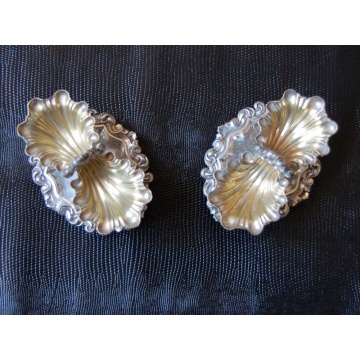 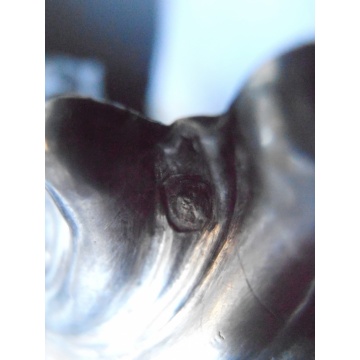 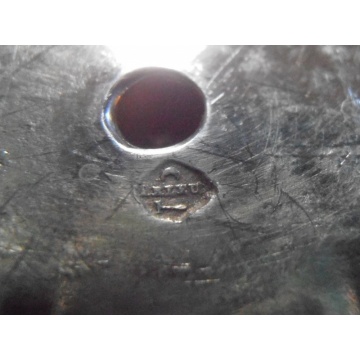 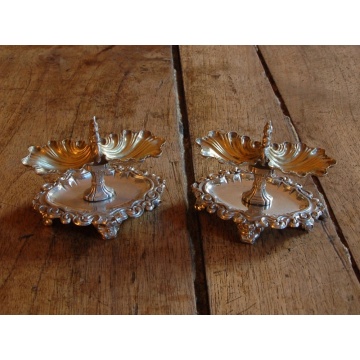 The two sets are worked in what was eventually to become the ‘rocaille’ style which was also known as the Louis XV style.
They showcase a lower caddy set on four feet’s worked in scrolls, the same pattern is repeated around the edge of the recipient. Then standing on a little pedestal we have two seashells surrounding a central figure.
The interior of the upper caddies are coated in gold or ‘vermeillé’ in order to avoid the salt corrosion. Due to the fact that each one is doubled they probably served as both salt and pepper cellars.

This is a rather rare set to come by!
They are in very good condition with only a little wear on the gilt.

The Makers Mark is for Charles HARLEUX and shows an arc (tiers de cercle) with a hammer below separated by HARLEUX written out.
Charles HARLEUX had taken over from Jean Baptiste Harleux.
Charles HARLEUX registered his mark in 1891 and held shop at 32-34 Rue Pastourelle in Paris.
He particularly enjoyed executing pieces in the Louis XV style.