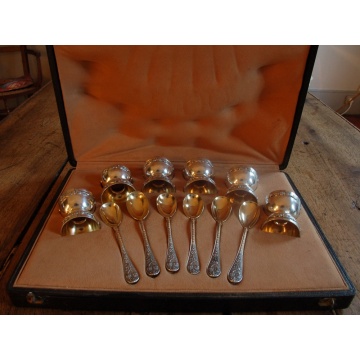 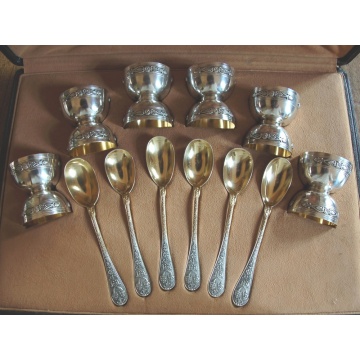 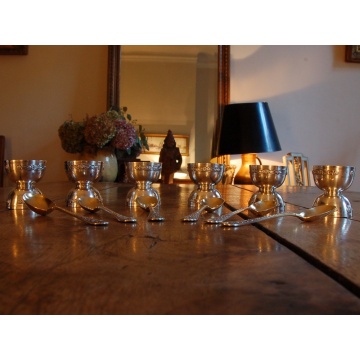 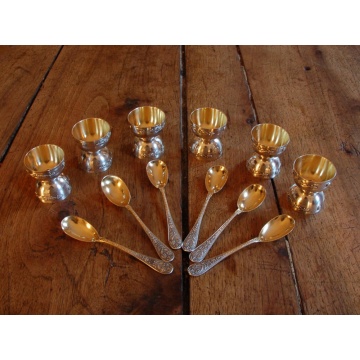 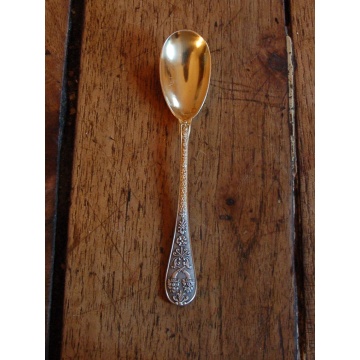 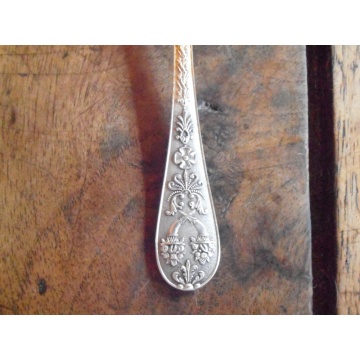 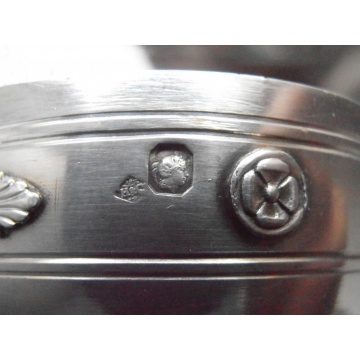 A Rare and Lovely Set of Six Antique French Silver & Vermeil Eggcups and their Spoons by Maîtres Orfèvres Henin & Compagnie.
We have never come across a complete set in such a lovely condition and style let alone in its original presentation box

The six eggcups are decorated with four sets of palmettos and four rosettes in high relief which again is quite rare. The delicacy of the relief is testimony to the reputation the Henin Dynasty acquired in 1800s.The interior of the eggcups is in Vermeil or gilded silver (18 carat gold) and is in mint condition.

The six spoons are delicately decorated with rosettes, floral garlands and cornucopias.
The silver is gilded up to half of the spoon handle in order to prevent the corrosion that can be created by the egg yolk.
The work on them is exquisite, with one little sign that each was handmade, indeed their shape is not exactly similar, and the presentation box is carved to fit each spoon perfectly!

An amazing piece, very rare to come across!
The presentation box is in great condition as well!

The measures above are those of the eggcups.
The spoons are 4.8 inches long