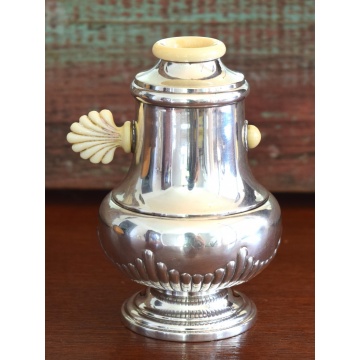 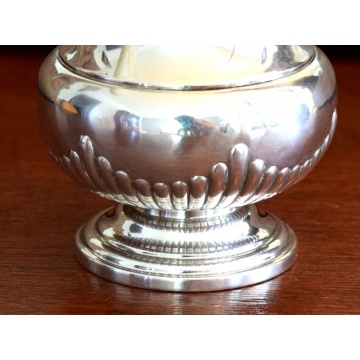 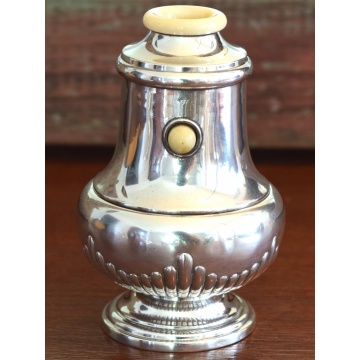 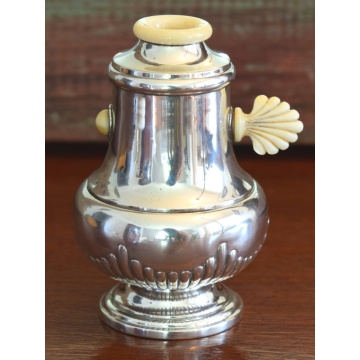 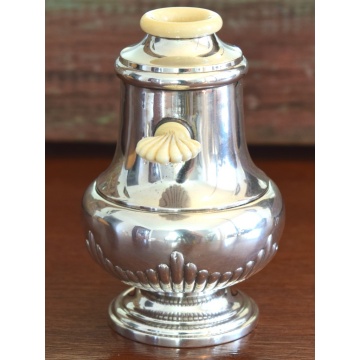 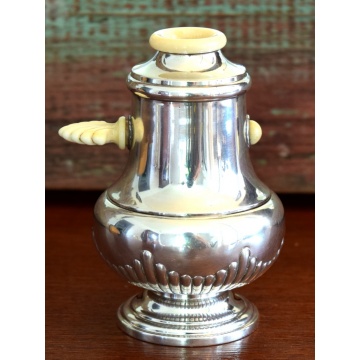 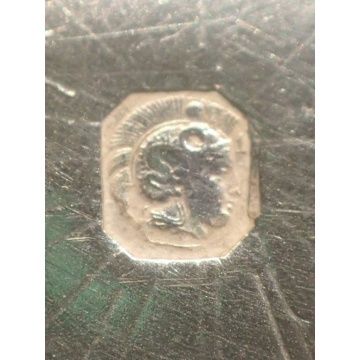 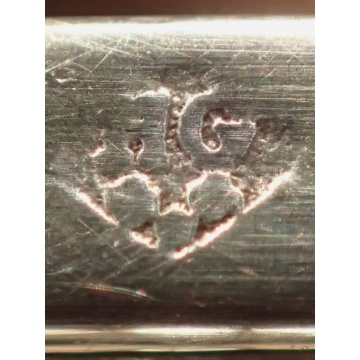 Rather rare to come by, we have only come across a total of three in over 20 years of collecting, this striking Cinnamon Grinder or Mill presents an elegant baluster shaped body resting on a round pedestal.
The lower part of the body is decorated with raised gadroons in a geometric shape.

The winder is made of carved bone shaped in form of a seashell.

The upper opening, which allows the Cinnamon Stick to be let in, is lined as well with bone.
The interior mechanism is interestingly made of boxwood which is extremely resistant!
It consists in a ball of carved boxwood which grinds the cinnamon into powder at the turn of the ivory knob.

The lower part of the mill twists off to enable recuperation of the cinnamon dust!.
While the upper register is left open to enable one to put the Cinnamon wood stick.

It is in beautiful condition, just gorgeous! With only the tiniest mark on the lower body! It is part of this Incredible Art Form the table and its utensils took in the 19th century!

The Makers Mark is for Maitre Orfèvre Henri GAUTHIER.
Henri GAUTHIER registered his mark in 1902.
The Mark shows his initials with a star flanked by Greek crosses.
His workshop was located 29 rue Beaubourg in the Marais Area of Paris.