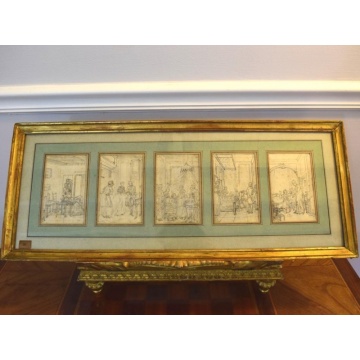 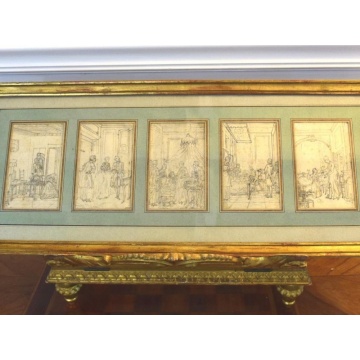 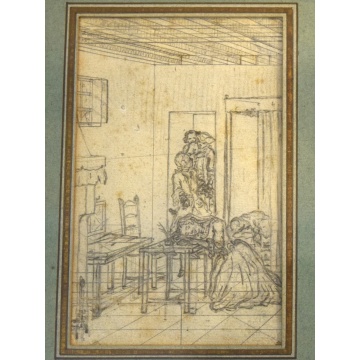 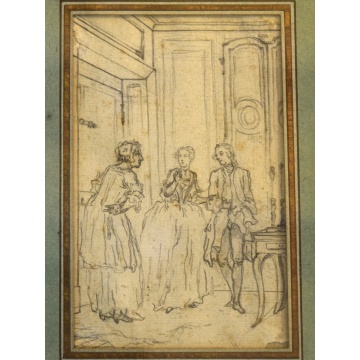 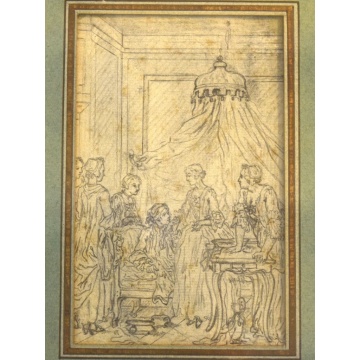 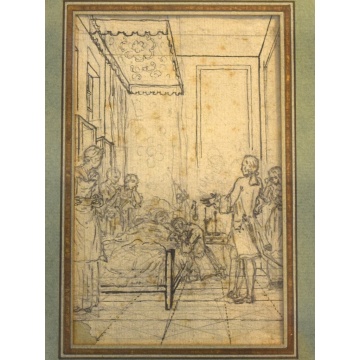 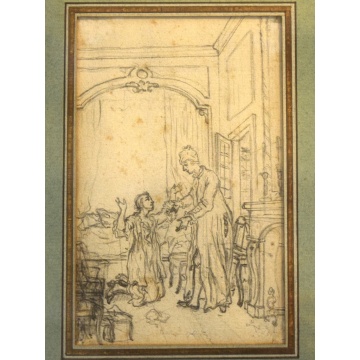 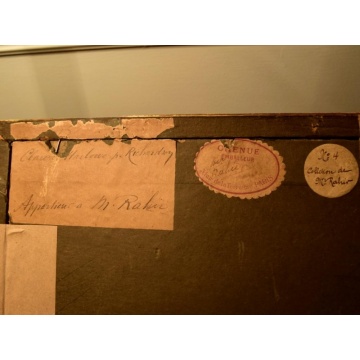 ‘Clarissa’ Or ‘The History Of a Young Lady’ is an epistolary Novel by Samuel Richardson, usually regarded as his masterpiece and published in 1747.
It tells the story of a tragic heroine whose quest for virtue is continually thwarted by her family. It is also regarded as one of the longest novels in English.

Clarissa is a tragic heroine, pressured by her unscrupulous nouveau-riche family to marry a wealthy man she detests. When she is tricked into fleeing from her family’s designs with the dashing and witty Robert Lovelace, she inadvertently places herself in the power of an inveterate rake, perhaps the most charming villain in English literature. It’s the magic of Clarissa that the lovers seduce the readers’ imagination as much as any in our literature, including Romeo and Juliet. From this we have Dr Johnson’s famous verdict, noted by Boswell: “Why, sir, if you were to read Richardson for the story… you would hang yourself… you must read him for the sentiment.”

The genius of Richardson’s narration is not simply the innovative use of epistolary fiction – the novel is told through a complex web of letters – but also the subtlety with which he unfolds the dark tragedy of Clarissa’s fatal attraction to Lovelace. All too human in her capacity for self-deception in matters of sex, she finds his charm impossible to resist. It’s the unique spell of the book that her fiercely protested virtue is tinged with intimations of unacknowledged desire.
Clarissa Harlowe also sets the gold standard for English fictional heroines. She is beautiful, intelligent, high-principled, resolute and proud, with deep humanity. A Marxist critic would also point out that she is profoundly middle class. Her tragedy is to become the victim of a man who will imprison, drug and ultimately rape her. Lovelace is equally divided. His letters – “I love to write to the moment”, he says – are brilliant. But his behaviour is villainous. Modern readers will find his treatment of Clarissa unbearably cruel.

The Book was first partially published by Richardson among his friends in 1745, then publicly in 1747.
Jacques Jean PASQUIER came into play when the Novel was translated into French by the Abbé Prevost in 1751.
Jacques Jean PASQUIER, along with Louis Legrand, was solicited in order to come up with the drawings which would be used to illustrate the French Version of the book.

All are beautifully, if naively (perfect for book illustrations)rendered with an excellent sense of perspective.

Jacques Jean PASQUIER was a French artist who specialised in Pencil drawings as well as paintings and engravings.
He was probably born in 1718 (the exact date is not on record) in Paris and died in Paris on January 10th 1785. (Dates confirmed in ‘Les Dessinateur D’Illustration du XVIII Siecle by The Baron Roger PORTALIS which was published in 1877)
He studied engraving under Laurent Cars the King’s Engraver and was known for his engravings of Boucher and Van Loo’s works. But also for his illustration of Manon Lescaut and of the ‘Series D’Orfevreries d’Apres Pierre GERMAIN’, which is how we came to take interest in his work.

The little extra on this wonderful drawing collection is that they were part of the private collection of Edouard RAHIR.

Edouard Rahir was born in Epernay in 1862 and joigned the Morgand et Fatout library in 1878.
The Morgand Library soon became the first bookstore in Paris, where all the book collectors would regularly gather. There you could meet Jacques de Rothschild, the Prince d’Essling, Ivan Orloff, Roger Portalis, but also many American collectors who knew the quality of the selection chosen by RAHIR who had slowly taken over over from the owners due to his excellent taste in literature and flair in research..
In 1897 RAHIR would acquire the library and go on to become the first President of the ‘Syndicat de la Librairie Ancienne et moderne’.
His taste in old edition books as well as prints and drawings was exquisite and he created several catalogues and led many auctions in his domain.
He was given the Legion D’Honneur in 1910.
He passed away in 1924