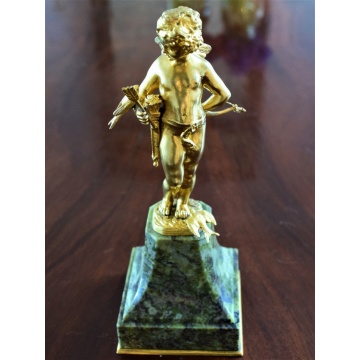 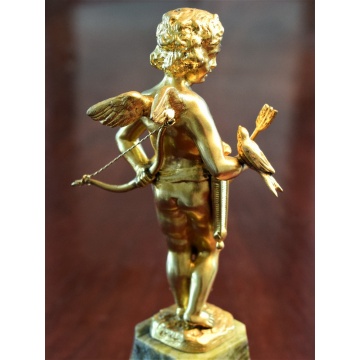 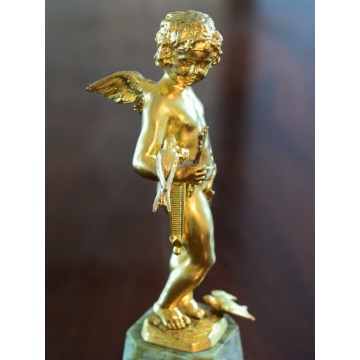 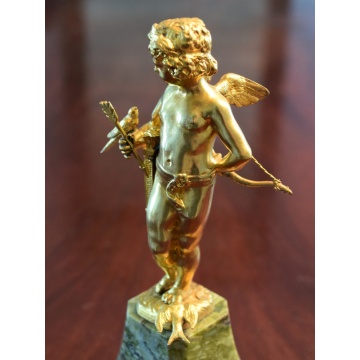 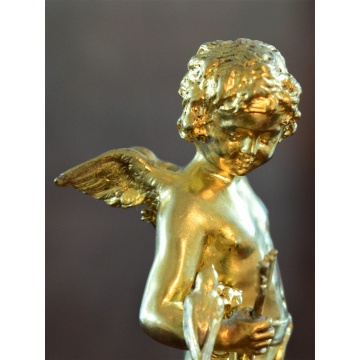 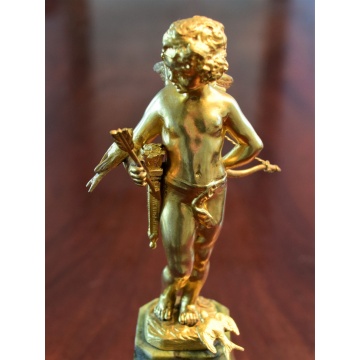 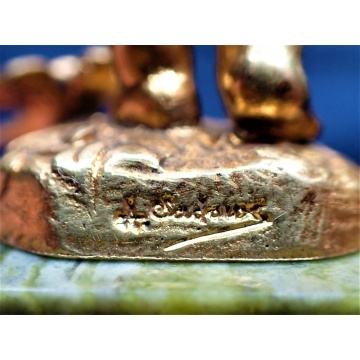 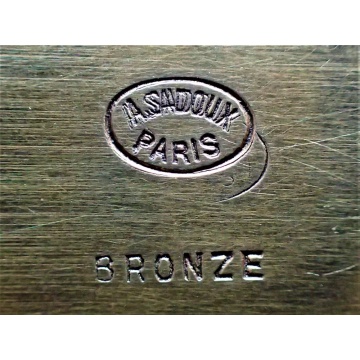 Charming Ormolu Statuette Of Cupid And Doves By Sadoux~Sold~

A truly exquisite Ormolu Statuette of Cupid Gazing at a dove!

This lovely Gilt Bronze Statuette shows the young Cupid gazing sweetly at a Dove perched on his arm.
He holds an arrow in his right hand, while his quiver rests on his hip.
His left hand holds his bow behind his back.
Another dove pecks at his foot.
This charming cherub, literally called out to us!
The work is lovely, beautifully detailed and very fine…

Both the Statuette and the pedestal are signed by Sadoux.
Andre SADOUX worked as a sculptor from the mid-19th century to the early part of the 20th century.