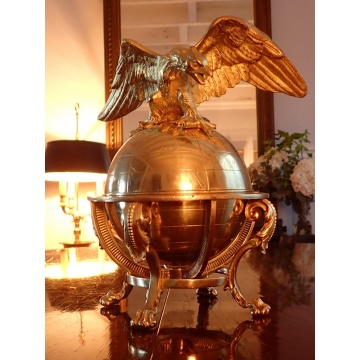 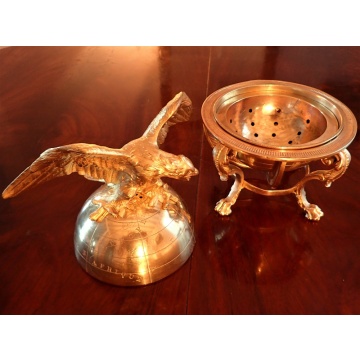 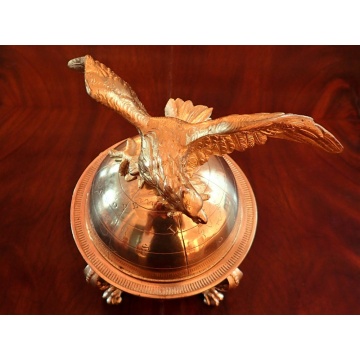 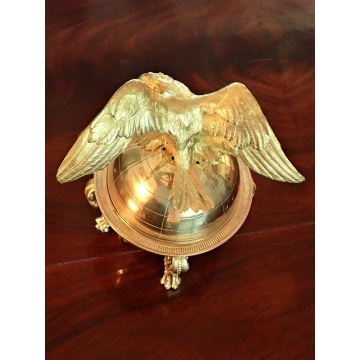 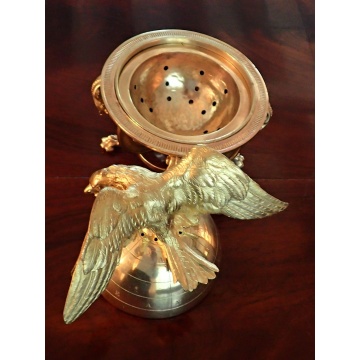 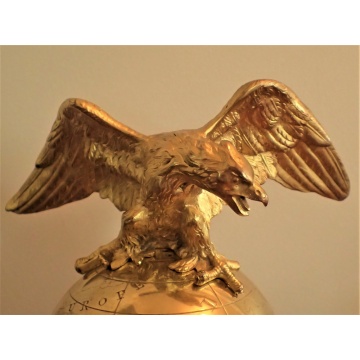 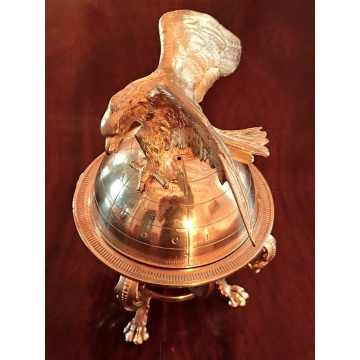 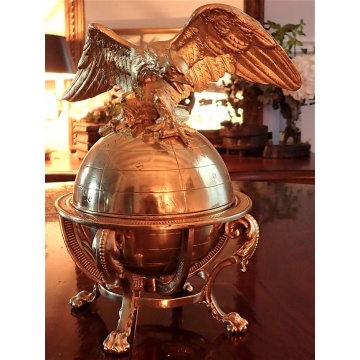 Standing with spread wings on top of the world this Incense Burner is a perfect representation of a Napoleonic inspired décor piece.
Indeed, it symbolizes Napoleon’s domination of the World as he envisioned it.
The Eagle became one of Napoleon’s and the French Empire’s main symbol, along with the Bee, as Dark Green that would be his reign’s color.

The Eagle, the bird of Jupiter, and emblem of Imperial Rome, had been associated since ancient times with military victories. The day after the coronation on December 2nd 1804, Napoleon had the symbol placed at the top of the flagpole of all the flags of Napoleon’s armies.
However, the eagle with outstretched wings comes straight from the memory of Charlemagne! The open wings Eagle, like the Bird of Prey of the old Carolingian emperor, would be the one placed on swords, swords, here chiseled and there embroidered, or carved or painted in the décor of the imperial palaces.

Our gorgeous Incense Burner features a Majestic looking Eagle standing atop a World Globe, which resembles the ones you could find to study geography. The globe is held on rounded pedestal sitting on 4 lions’ paws.
The globe is beautifully chiseled with the different continents.
The eagle is just gorgeous beautifully carved. The top raises to show a bowl which can hold the incense.
A gorgeous piece.