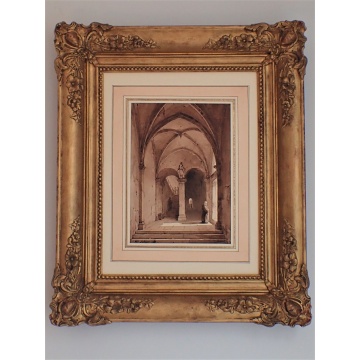 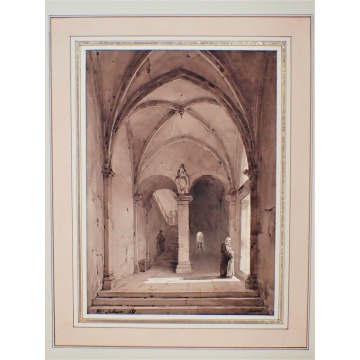 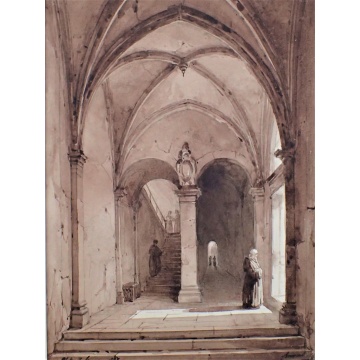 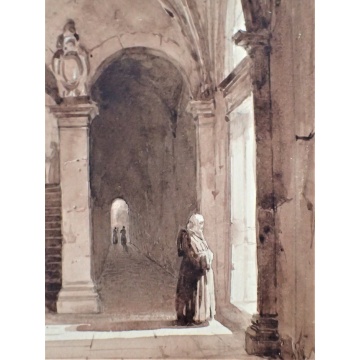 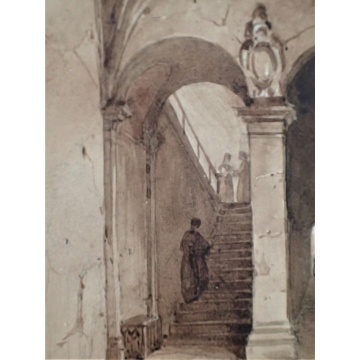 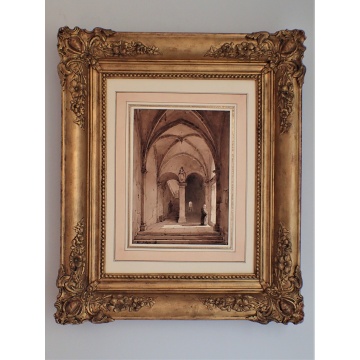 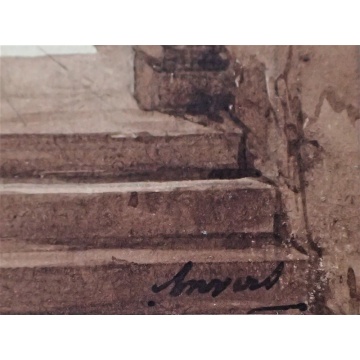 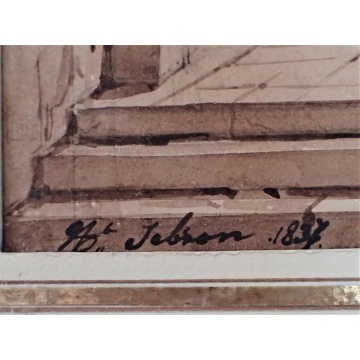 Hyppolyte Victor Valentin SEBRON was a French landscape, cityscape and portrait painter, born in August 1801 in Caudebec En Caux.
He entered the Beaux Arts School in Paris and studied under Leon COGNIET.
First working as a decorative painter, and by 1825 started exhibiting at the Salon De Paris.

Subsequently he developed a reputation as a painter on Interiors, more particularly churches, and portraits.
While working on the décor of the Theatre de l’Ambigu Comique he met Daguerre and started collaborating on his popular diorama’s…
He quit a few years later accusing Daguerre of not giving him enough credit for his work and left for England then Italy and the Middle East, aiming to study the Ancient Cultures
In 1849 he decided to travel to North America and spent 6 years traveling through Canada and the US. He had longer stays in Louisiana and New York where he participated in the Exhibition of the Industry od All Nations, which took place in 1853 in Bryant Park.
Returning to France 9 years later he was unable to settle down and continued his trips through Europe and the Middle East. However he passed away in 1879 at home, in Paris.

The drawing is beautifully done!